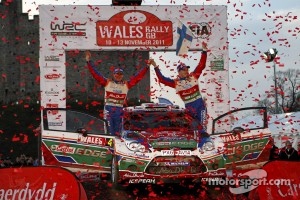 • Ford powered race teams and drivers put together an outstanding season of racing all over the world in 2011, bringing home numerous championships and race victories

• This marked the 110th anniversary season of the Ford racing program, which was started by company founder Henry Ford with a victory in his one and only race on Oct. 10, 1901

One hundred and ten years after the Ford Motor Company founder brought home a victory in his one and only auto race as a driver, Ford racing teams and drivers around the world brought home victories and championships in the program’s 110th anniversary season.

In Ford’s most visible worldwide programs, Ford Fiesta drivers Mikko Hirvonen and Jari-Matti Latvala of the Ford Abu Dhabi World Rally Team finished second and fourth in the World Rally Championship after a spirited battle that went down to the final event. The Ford WRC duo captured three wins during the season. In all, Fiesta had its most successful year in rally, capturing 16 regional and national championships worldwide. 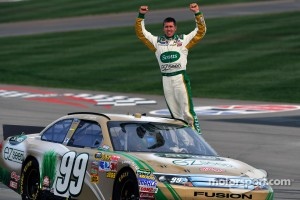 In NASCAR Sprint Cup, Ford Fusion driver Carl Edwards ended up in a points tie for the Championship, but lost the tie-breaker (number of wins). Edwards ended up second and Roush Fenway teammate Matt Kenseth fourth in the most competitive NASCAR Sprint Cup Championship in history. In addition, rookie driver Trevor Bayne won the Daytona 500 for the Wood Brothers, capturing Ford’s 600th win at the Cup level.

In off-road racing, Ford continued to show its dominance in desert competition, winning seven total championships in LOORS, Best in the Desert and ABSA Off-Road competition. 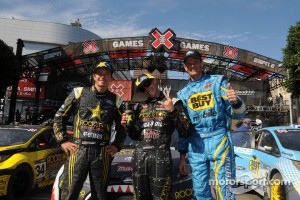 In Touring Car, Andy Yan captured the Chinese Touring Car Championship in a Ford Focus, Paul Brown won the SCCA World Challenge GTS title in a Mustang Boss 302S and there were successful winning efforts put forth for Mustang Boss 302R in Grand-Am and Focus in British Touring Car.

“It’s been an incredible year for Ford racing teams and drivers around the world,” said Jamie Allison, director, Ford Racing, North America. “And we’re proud that we still race today for the same reasons Mr. Ford did – to prove out our products against the best competition, and then to market that success to help the company sell more cars and trucks. There’s no question that our winning racing program worldwide helps lift the favorability of the Ford brand.”

“This has been an outstanding season for the Ford Fiesta in rallying, winning so many championships around the world,“ said Gerard Quinn, Ford of Europe motorsport chief. “In its competitive debut the Ford Fiesta RS WRC took a podium lock-out at Rally Sweden and finished the season in similar fashion at the final round, Wales Rally GB. As a factory prepared rally car or in the hands of private competitors the Ford Fiesta is proving to have the competitive DNA that has seen Ford so successful in rallying over many decades.“

Here’s a listing of Ford championships and awards for 2011 around the world: 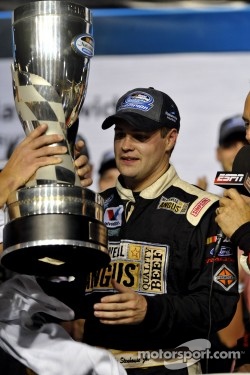 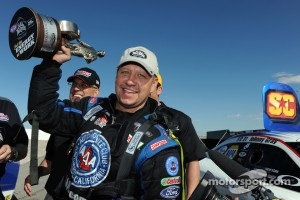