WRC 2022: All you need to know about new rules, cars and more

The World Rally Championship will usher in its 50th season this weekend with the dawn of a new hybrid Rally1 era in Monte Carlo. Here's all you need to know.

New Rally1 regulations centred on hybrid-powered cars have provided the series with arguably its biggest rules shake-up for a generation, and promise to deliver the most unpredictable season for decades.

Last year the WRC said goodbye to its ‘modern Group B’ monsters, and the all-new 500bhp beasts are set to be unleashed on the world’s toughest stages.

Toyota, Hyundai and a rejuvenated M-Sport, benefiting from increased support from Ford, have been beavering away around the clock building new challengers. Each has started from a blank page, and nobody knows which marque will come out on top.

This weekend’s Monte Carlo Rally, which kicks off WRC 2022, also features fresh driver line-ups. There will be a change of world champion as last year’s title winner Sebastien Ogier will only contest a partial campaign with Toyota.

The Rally1 regulations are designed to move the WRC into a much more sustainable future and to attract new manufacturers. They have resulted in Hyundai, Toyota and M-Sport Ford designing and building all-new cars around a new safer, steel spaceframe chassis.

The biggest change to the cars is the introduction of a mandatory 100kW hybrid unit coupled to the 1.6-litre turbocharged internal combustion engine, the only key component carried over from the previous generation of cars. In tandem, this will allow the powertrain to develop 500bhp to be used in short bursts across every stage.

How does the hybrid system work?

Drivers will be required to use hybrid power during every stage, with power boosts activated by the throttle pedal, while further boosts will be unlocked through energy regeneration under braking during stages.

Pilots will be required to regenerate 30 kilojoules of energy before another boost is granted that will be used the next time they touch the throttle pedal.

The extra 130 horsepower is delivered through the use of three bespoke homologated engine maps selected by teams, depending on the type of stage and conditions.

Determined by the FIA and event organisers, drivers will be required to navigate parts of road sections and around event service parks in full electric mode.

In full electric mode the car has a range of 20km, while its 3.9KWH battery, operating up to 750 volts, can be plugged in and recharged in the service park within 30 minutes. The hybrid unit can withstand an impact of 70G.

The cars will also be powered by a 100% sustainable fuel.

The chassis is no longer built around the production road car with teams constructing their machines from scratch. New tougher and safer steel space frame chassis, regulated by the FIA, form the base of the car, built to a minimum wheelbase for the first time.

According to the FIA’s tests and research, side impacts showed a 51% reduction in intrusion. The roof section can absorb energy up to 115% better than a previous WRC body shell reinforced by a traditional roll cage. A frontal impact against a rigid obstruction resulted in 70% less intrusion in the bulkhead area, protecting the crews feet and legs.

Hyundai’s Thierry Neuville has already hailed the new safer chassis for allowing him to walk away from a nasty testing crash in December.

Cars will be up 70kg heavier than their predecessors, this is mainly due to the addition of the hybrid system. In total, Rally1 machines will weigh in at approximately 1260kg. 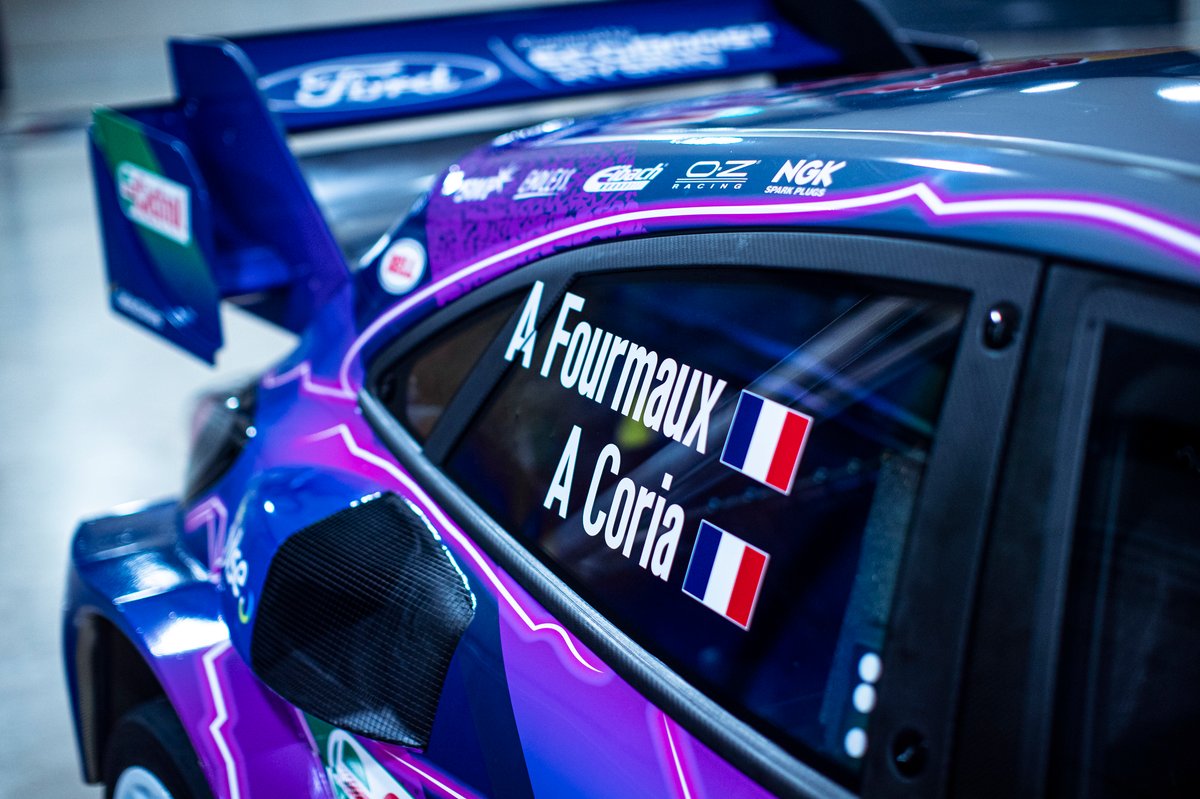 The new regulations have effectively abolished extra aerodynamic devices such as wings and flicks being added to the bodywork outside of the front splitter and rear wing. The overall downforce created and its effect on the car has been reduced by approximately 15% compared to the previous generation of vehicle.

Suspension travel has been reduced to 270mm. While this will have no effect on tarmac, the difference will be noticed on rougher gravel rallies.

To cope with the extra weight of the cars, Pirelli has altered the construction of its tyres to counteract the effects of the extra load and wear being placed on the rubber. Air-cooled 300m brake discs will be used on tarmac rallies, with 370mm versions fitted for gravel events. 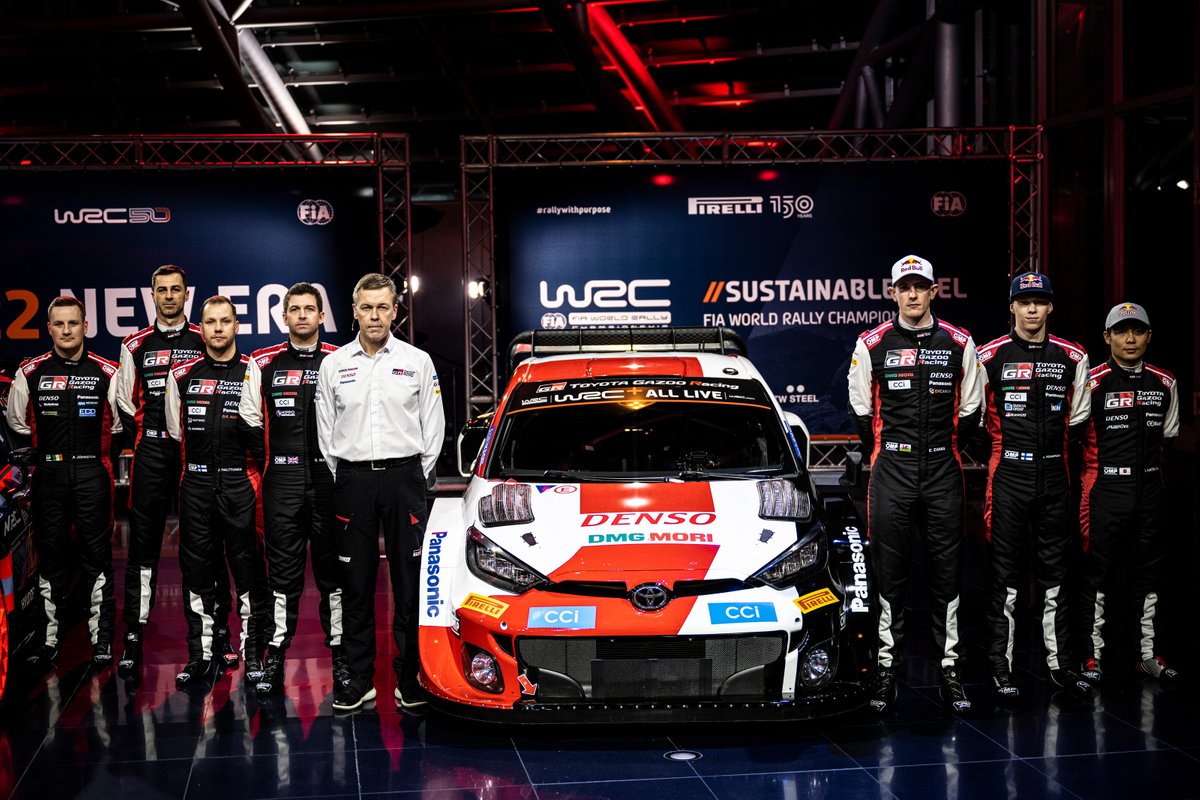 Ogier’s decision to contest a handful of rounds means the WRC has undergone a busy silly season, with Toyota, Hyundai and M-Sport reshuffling their driver line-ups.

Elfyn Evans, runner-up for the past two years, remains at Toyota alongside two-time rally winner Kalle Rovanpera, while Esapekka Lappi has returned to WRC’s top flight to share the third GR Yaris with Ogier.

Lappi claimed his only WRC win with Toyota in Finland in 2017, and has been offered a second chance at the big time after dropping off the radar following spells at Citroen and M-Sport. Takamoto Katsuta continues in Toyota’s development car after scoring a podium last year.

Toyota has elected to develop its Rally1 entry around its latest GR Yaris  model. 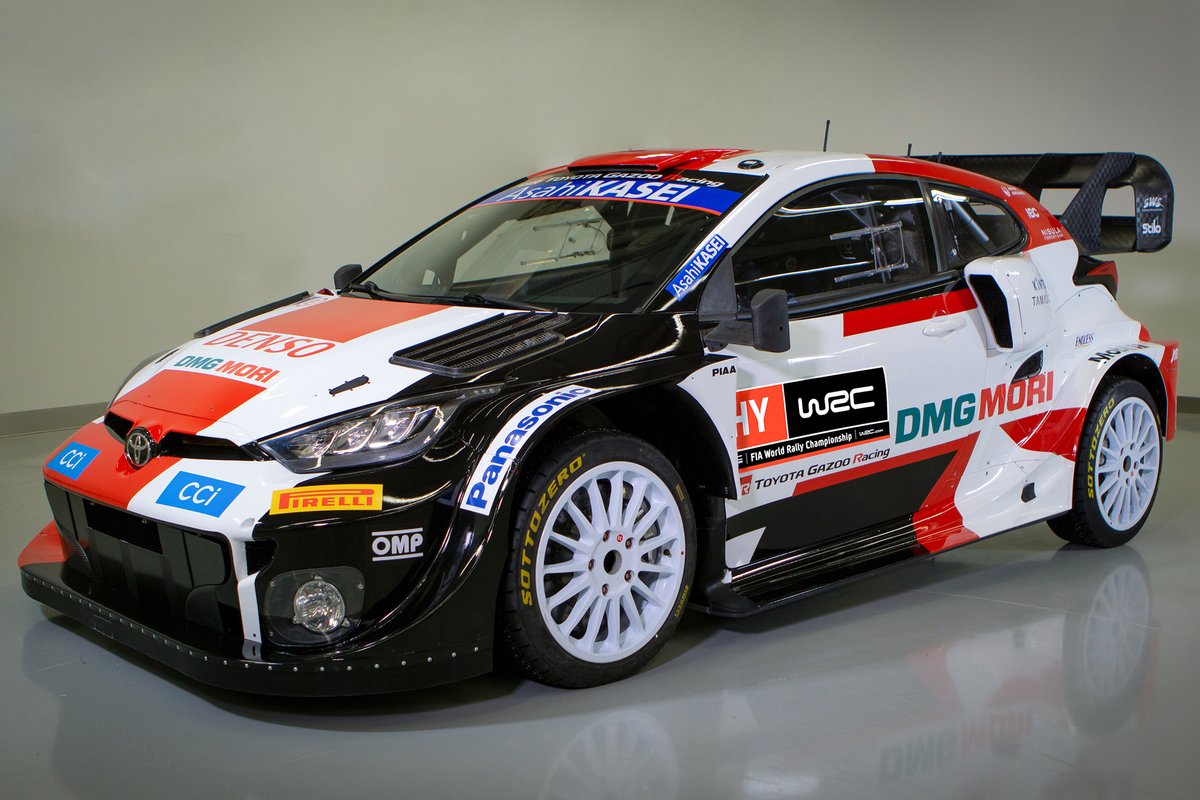 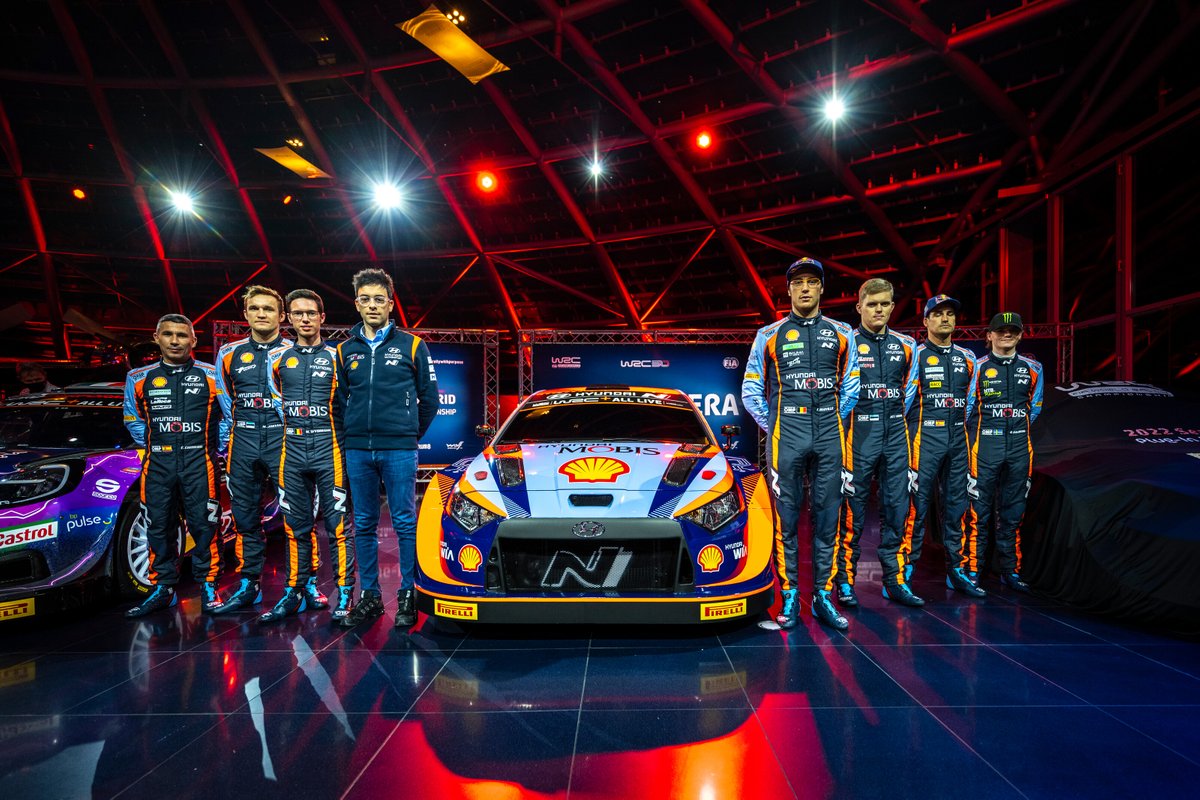 Hyundai agreed new deals to retain Thierry Neuville and 2019 champion Ott Tanak to lead its attack, and has recruited young gun Oliver Solberg to replace Craig Breen and share its third i20 with the experienced Dani Sordo.

The Korean marque was the last of the manufacturers to commit to the new regulations and has been playing catch up with development of the new I20 N. The team conducted a full rally simulation of its prototype car in Italy before launching the final iteration of its challenger.

Hyundai is also currently without a permanent team principal following the departure of Andrea Adamo due to personal reasons. Powertrain manager Julien Moncet has stepped up to a new deputy team director role. 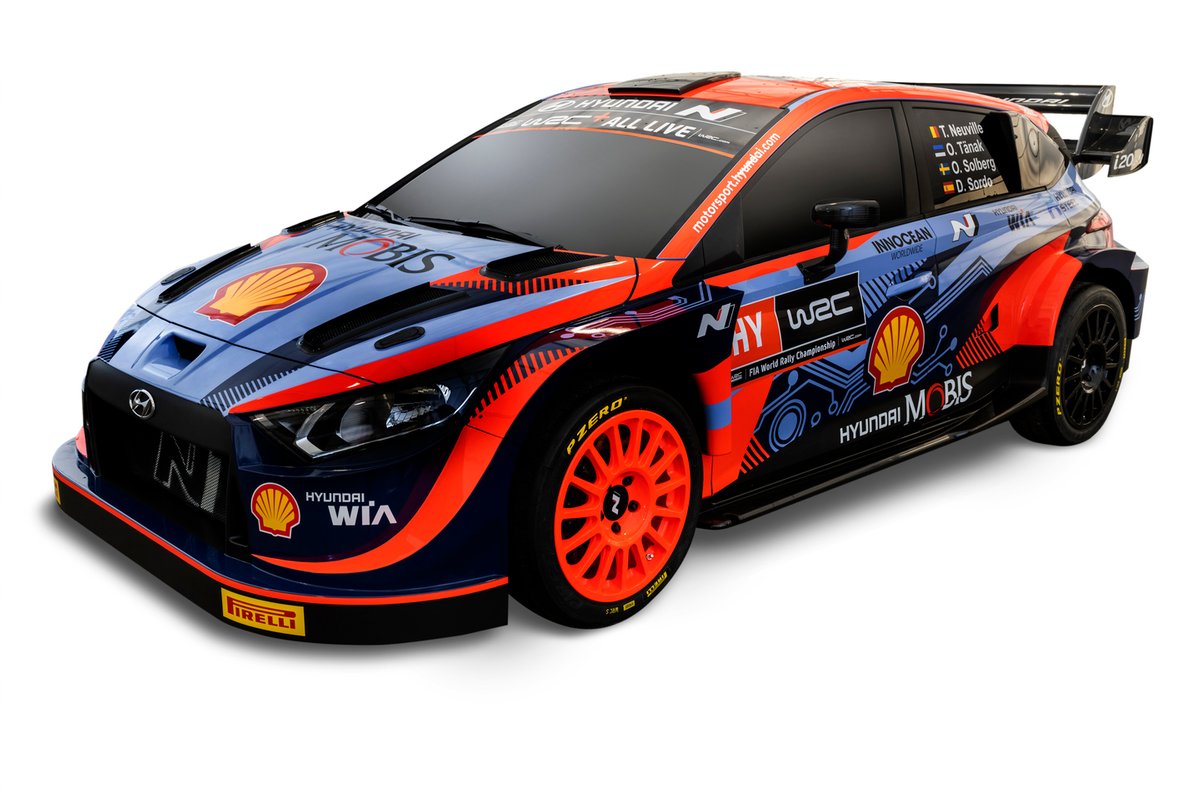 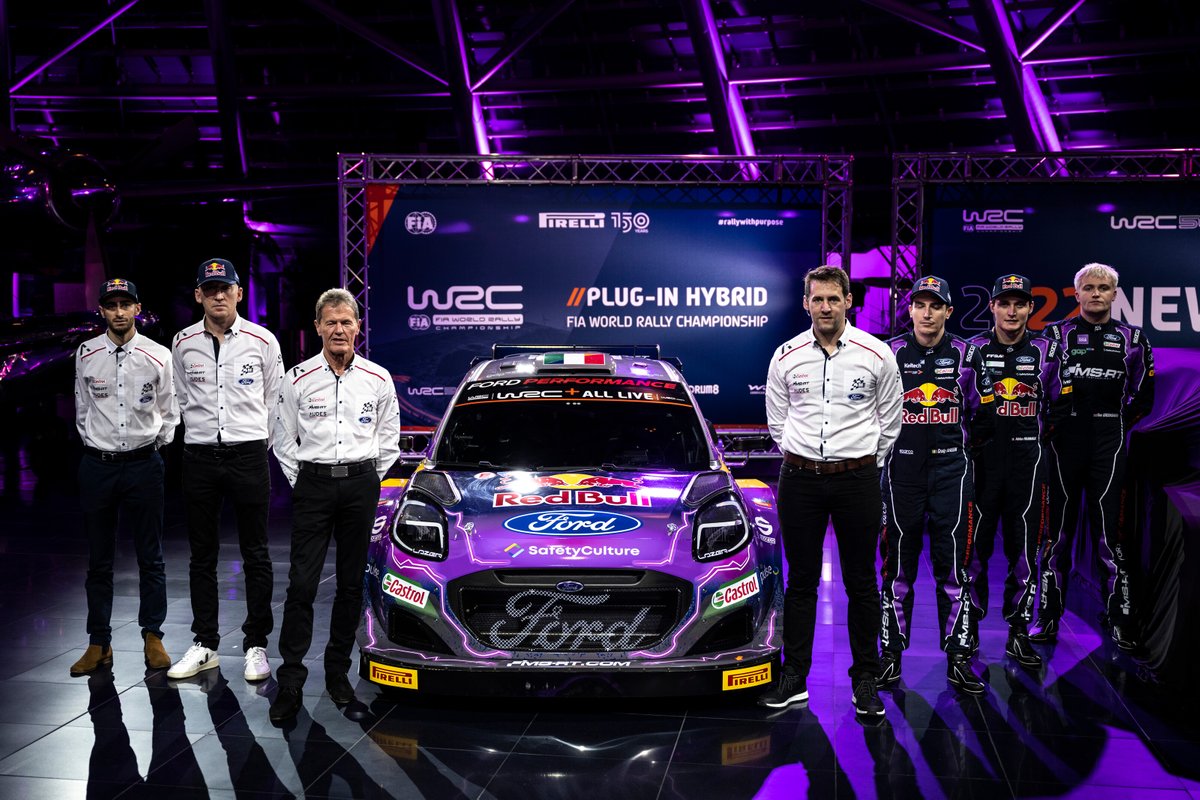 The biggest change has happened at M-Sport, which expands from two cars to four for selected 2022 events.

Breen has been rewarded for a series of starring cameos at Hyundai with a full-time WRC deal, and will pilot the much anticipated bold looking Ford Puma alongside Gus Greensmith and Adrien Fourmaux, both retained from last season.

The Frenchman is gearing up for his first full season after impressing last year. M-Sport has also pulled off a coup in securing Sebastien Loeb to drive a fourth Puma in Monte Carlo.

M-Sport has spent two years developing the Puma alongside Ford in the US following an increase in support from the blue oval. Ford will send three engineers to Monte Carlo to assist the team.

There is plenty of optimism surrounding the car given M-Sport’s previous success in delivering strong cars at the start of a new set of regulations. The team won the drivers’ and manufacturers’ double in 2017 when the last set of rules was introduced. 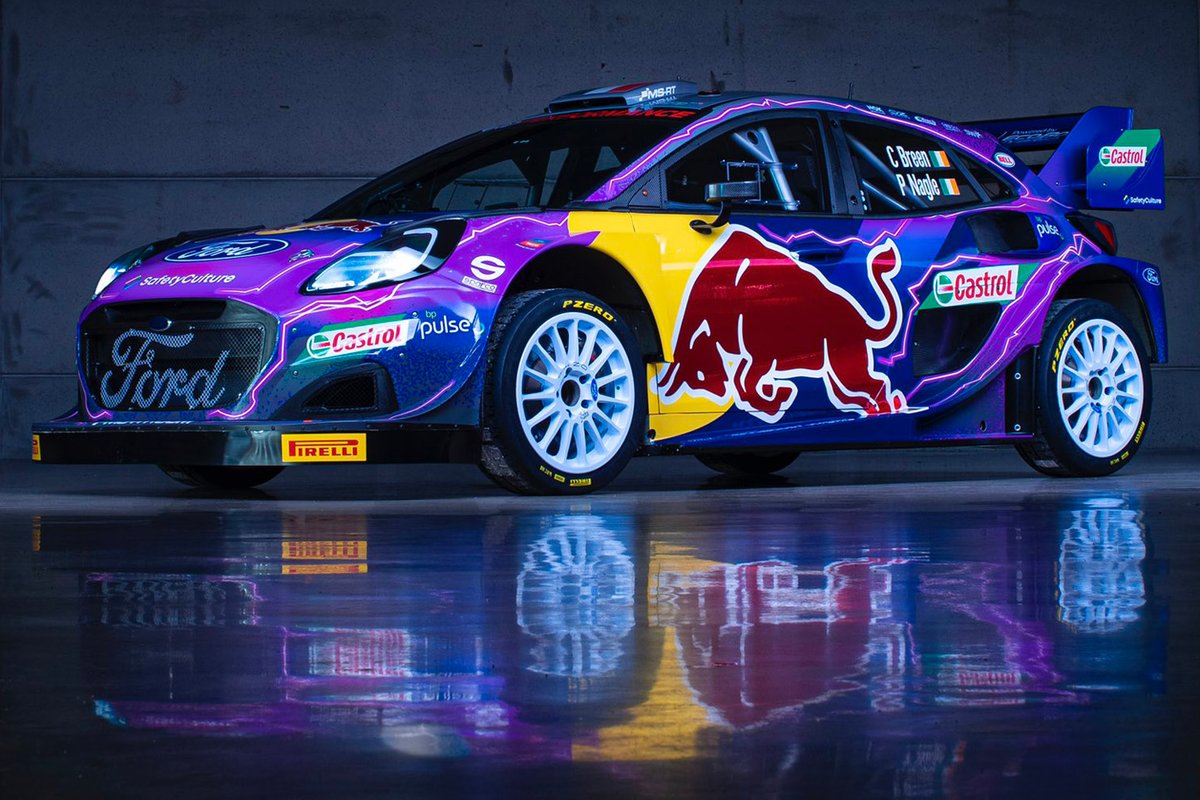 Legends return to do battle

The French legends will do battle for the first time in Monte Carlo, an event they have won an astonishing 15 times between them.

Loeb will pilot the Puma with new co-driver Isabelle Galmiche for Monte Carlo only at this stage, although further appearances could be on the cards.

Likewise, Ogier is only confirmed for Monte, but will compete on further selected rounds and will also do so alongside a new co-driver, with Benjamin Veillas slotting in to replace the retired Julien Ingrassia. 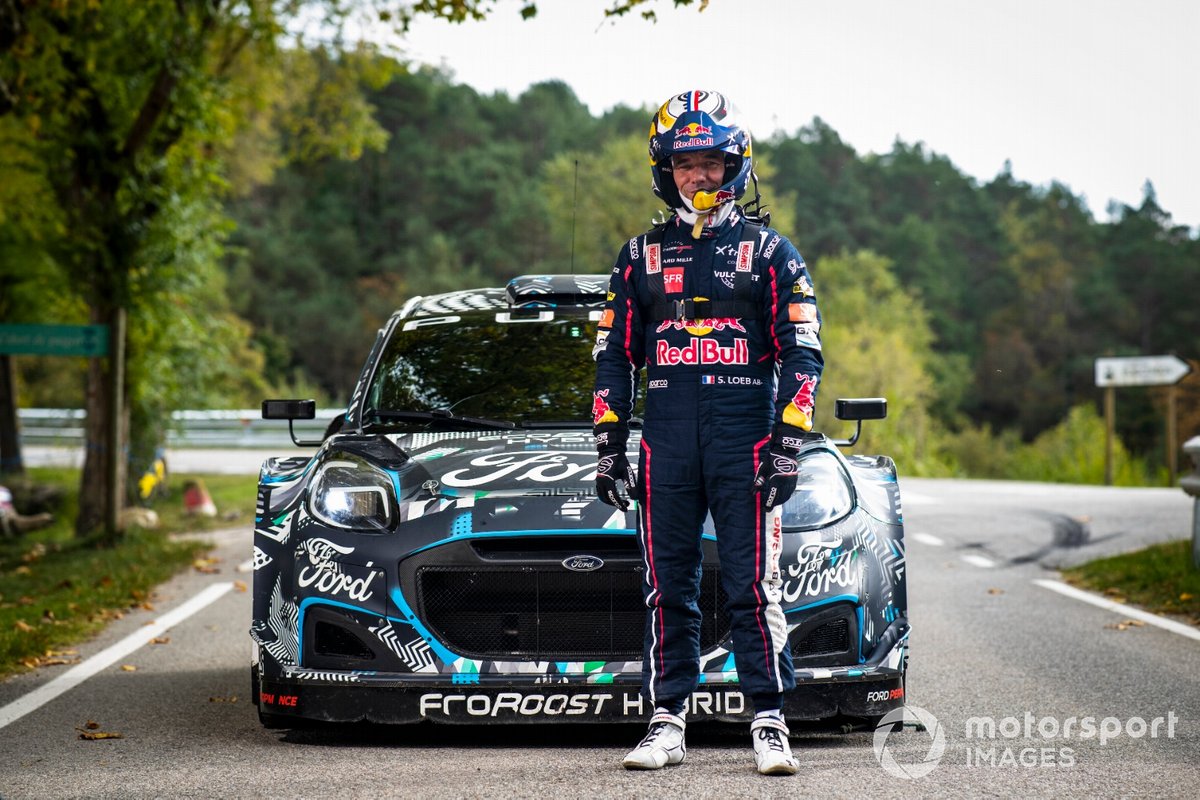 Flyaway events are back

A 13-round championship has been confirmed for 2022 as the WRC edges a step closer to normality following the COVID-19 pandemic.

As ever, Monte Carlo kicks off the season before a return to the snow of Rally Sweden, which was absent last year.

New Zealand’s famed gravel roads and Japan’s season finale – both COVID victims – are back alongside the Safari (Kenya) and Acropolis (Greece) classics, which made triumphant, long-awaited returns last year. Croatia has retained its place following its successful debut in 2021, while the WRC is yet to confirm the location of another asphalt event in August. 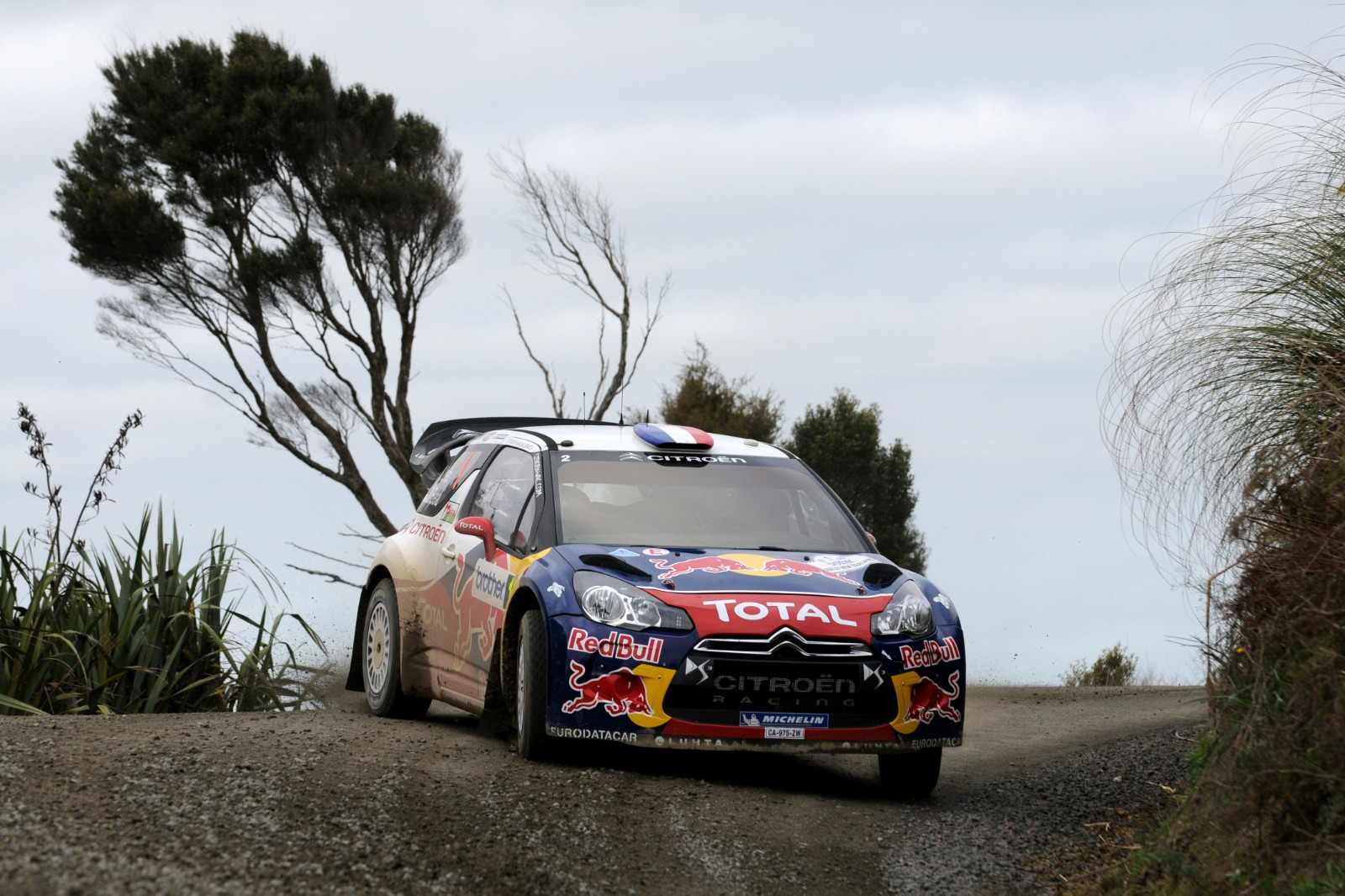 Fast gravel stages of New Zealand return for the first time since 2012, when Loeb took victory for Citroen 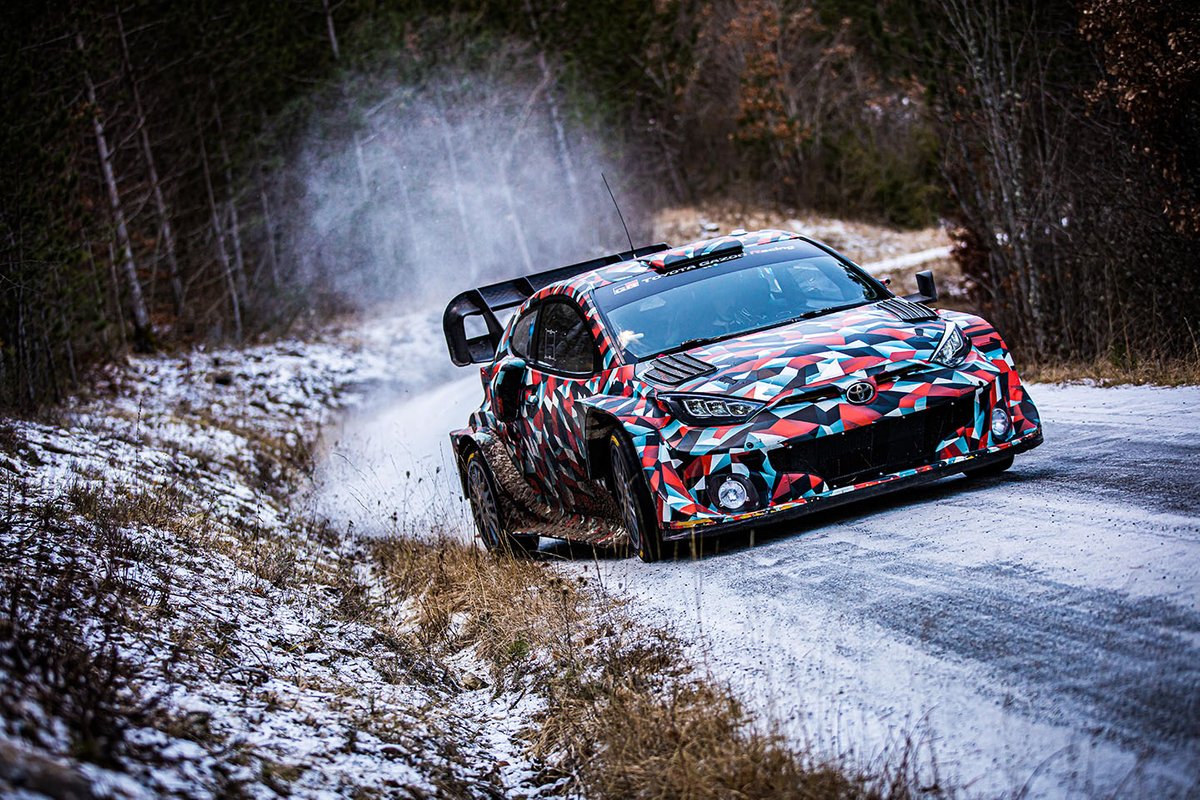 The rally will be contested over 17 special stages with crews completing 296km. For this event 3.65km of road section will be navigated in EV mode.

Action begins with shakedown and the first two stages on Thursday 20 January before concluding on Sunday 23 January.

Motorsport.com will be on the ground in Monte Carlo providing reports, interviews and reaction.

Motorsport.tv will also have regular highlights both during and after each WRC round in 2022.

WRC Plus All Live will provide live coverage from every stage.

BT Sport will provide daily highlights shows from every event this season.

ITV4 will broadcast highlights on Wednesday 26 January at 8pm.