Williams Formula 1 driver Lance Stroll has had a seat fitting with Force India, the Silverstone-based team has confirmed.

Team principal Otmar Szafnauer continues to insist, however, that there are currently no plans for the Canadian to join Force India mid-season.

Nevertheless, the team now knows what it needs to do to hone the current cockpit around Stroll, should he replace Esteban Ocon before the end of the 2018.

The fitting took place at the team’s Silverstone factory earlier this week.

“He came and had a look around and did a seat fit,” said Szafnauer. “So he fits in the car, just in case.”

However, technical director Andy Green said that the primary object of the exercise was to learn about Stroll’s cockpit preferences for the 2019 car.

“What we wanted to do was make sure that there was nothing that we needed to change on next year’s car, subtly for him,” Green explained.

“And there were a few things we need to change, which we caught just in time.”

Williams deputy team principal Claire Williams said on Friday that any changes won’t happen until after the next race in Singapore at the earliest.

Szafnauer said: “As we sit here today, we’re keeping the same two drivers probably for the rest of the year, but you never know what tomorrow brings.”

Szafnauer noted that many legal hurdles need to be overcome before any deals can be done.

“I would imagine that Lance has a contract with Williams, and I imagine that the CRB [Contract Recognition Board] has that contract.

"So the first step is to be released, and that assumes that we want him to be released as well. There’s a lot of stuff. That I’m not in control of, the release.

“We’ve done the seat fitting, we’re in control of that. The rest of the stuff is legal stuff, but if two people agree, you can do it.

"Say we say to Esteban, ‘sorry Esteban, you’ve got to go, we’re going to put Lance in the car', just hypothetically – and Esteban says, ‘sorry, I’ve got a contract'. What do you do?

“As I sit here today, I don’t know, I can’t tell, mainly because it hasn’t been decided. And for that to happen a lot of other stuff has to happen, and it’s not just a switch.” 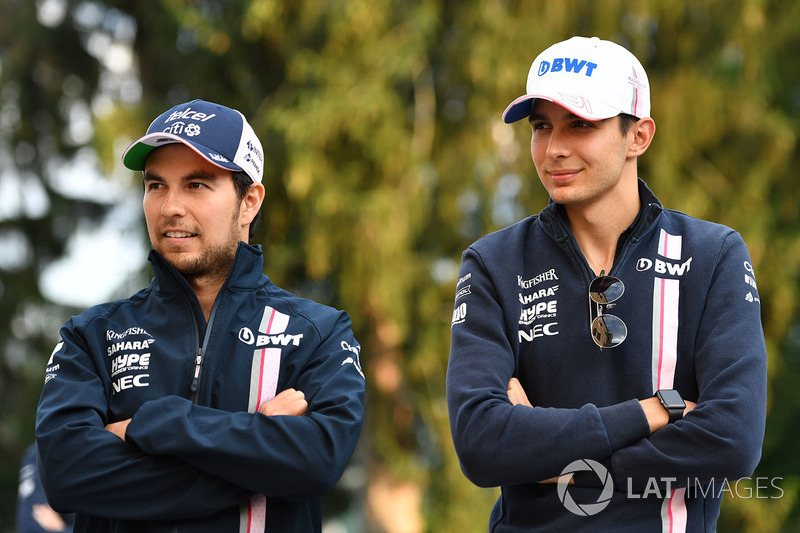 Szafnauer agreed that there are two ways for new team owner Lawrence Stroll to view the situation.

The Canadian can switch son Lance early and prepare for next year, or keep the current drivers, who are fully up to speed with the VJM11, and maximise the chances of scoring points and moving up the team up constructors’ table.

“Prepare for next year, maybe at the expense of this year – I don’t care who you are, when you move teams like that, it’s sub-optimal," Szafnauer admitted.

Asked what he would do if he owned the team, Szafnauer replied: “I’d have to give it some thought, because like we say, there’s pros and cons on both sides.

"For sure what I wouldn’t do is make a quick decision – no knee-jerk reaction.”