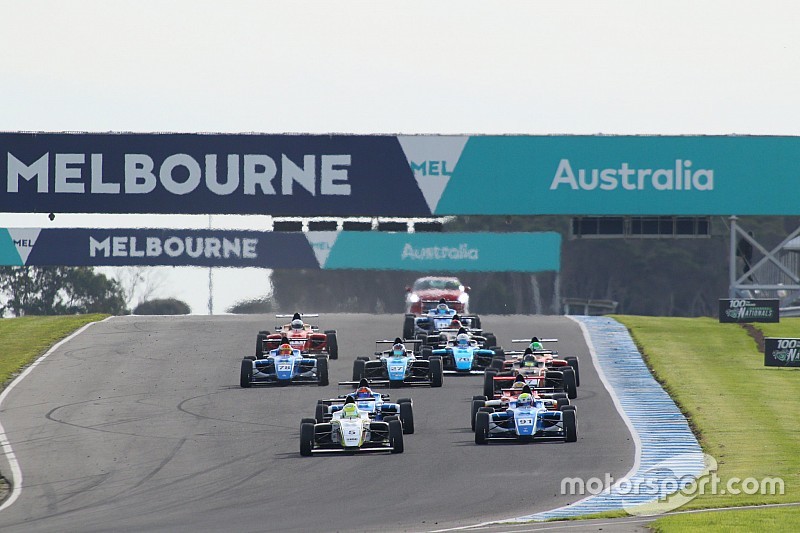 The current Australian Formula 4 season will be the last, with the Confederation of Australian Motor Sport confirming the category won't go ahead in 2020.

Having been introduced by CAMS back in 2015, the entry-level series has struggled for grid numbers throughout its five-year stint on Aussie soil.

Only once have more than 10 drivers competed at every round, with 11 taking part in the 2017 season.

This year grids have struggled to reach double digits, just seven cars taking part at the most recent round at The Bend.

“There are many drivers who competed in the Formula 4 category who excelled and have gone on to make a name for themselves in a host of different senior categories,” said CAMS CEO Eugene Arocca.

"However, it is fair to say the category has not lived up to our expectations when it comes to the number of competitors we expected to see on the grid.

"Ultimately, our market was not able to sustain consistently high grid numbers and the inevitable appeal for young Australians to go directly overseas and compete in championships with much higher grid numbers was always an issue.

“While it’s disappointing the category won’t continue in 2020, there may be a possibility for it to return depending on future interest and support for the category, given its global standing in the Formula pathway.

"We have learnt some important lessons that will help shape any future plans for the category.”

Arocca was the driving force behind the initial introduction of Formula 4 in Australia, with CAMS buying the initial batch of cars and offering lease deals to teams for the 2015 season.

At the same time the governing body stripped Australian Formula Ford – which was beginning to struggle with cost-containment running on the expensive Supercars bill – of its official national championship status.

It was a move that was widely-regarded as a ploy to woo young talent away from the well-worn FF path and into F4.

However the new open-wheel series never took off, struggling for numbers and quickly falling out of favour as a Supercars support category.

It's been running mostly on the Shannons Nationals bill for the past couple of seasons.

Ironically, the Australian Formula Ford Series has flourished since the introduction of F4, with a move to state-level meetings driving down costs and boosting grids.

Twenty nine cars were entered for the most recent round at Sandown.