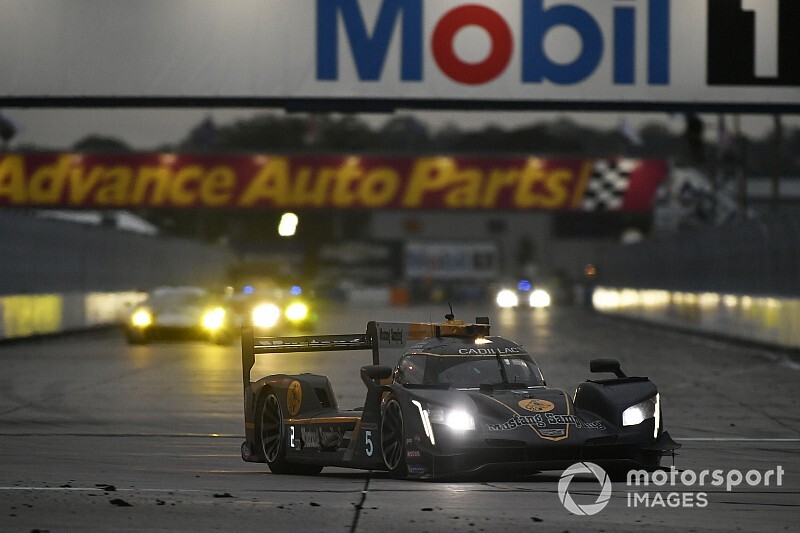 The unveiling of the new LMDh prototype regulations will not be significantly delayed by the postponement of the IMSA WeatherTech SportsCar Championship's Sebring 12 Hours.

An announcement of further details of the new class that will allow the next breed of top-class IMSA machinery to race in the FIA World Endurance Championship from 2021/22 was due next week when the two series came together for a double-header meeting at Sebring.

IMSA president John Doonan stressed that the postponement of his series' event to November and the cancellation of the WEC round would only result in the rules for the LMP2-based class being "delayed a little bit".

He explained that the technical meetings between IMSA and WEC promoter the Automobile Club de l'Ouest planned for Sebring next week ahead of an announcement due on Friday would now have to take place virtually.

"I assure you that the intention is still the same among everyone, to get a draft set of regulations around LMDh as soon as possible," he said.

"The technical teams from IMSA and the ACO have been in regular contact, and in regular contact with the four [LMP2] chassis constructors [Oreca, Ligier, Dallara and Multimatic] and with all of those manufacturers currently involved in the top prototype category and those kicking the tyres and considering an entry in the top category.

"Those discussions have been ongoing and and I can share with you that there has been a lot of very positive communication and a lot of professionalism shown by all the groups in the discussions."

Doonan suggested that IMSA is fully aligned with the FIA position outlined in the World Motor Sport Council bulletin earlier this month.

It stated an intent for LMDh machinery and LM Hypercars, which come on stream in the 2020/21 WEC, to operate in the "same performance window" by matching the power outputs, weight and aerodynamic performance of the two types of car.

"No one is drawing a line in the sand; no one is saying it's my way or the high way," he said. "Everyone is trying to find a way to have a platform in which LMDh and LMH compete together.

"The technical teams on both sides, ACO and IMSA, are extremely aware of the aero packages, the power targets and the way the car makes power."