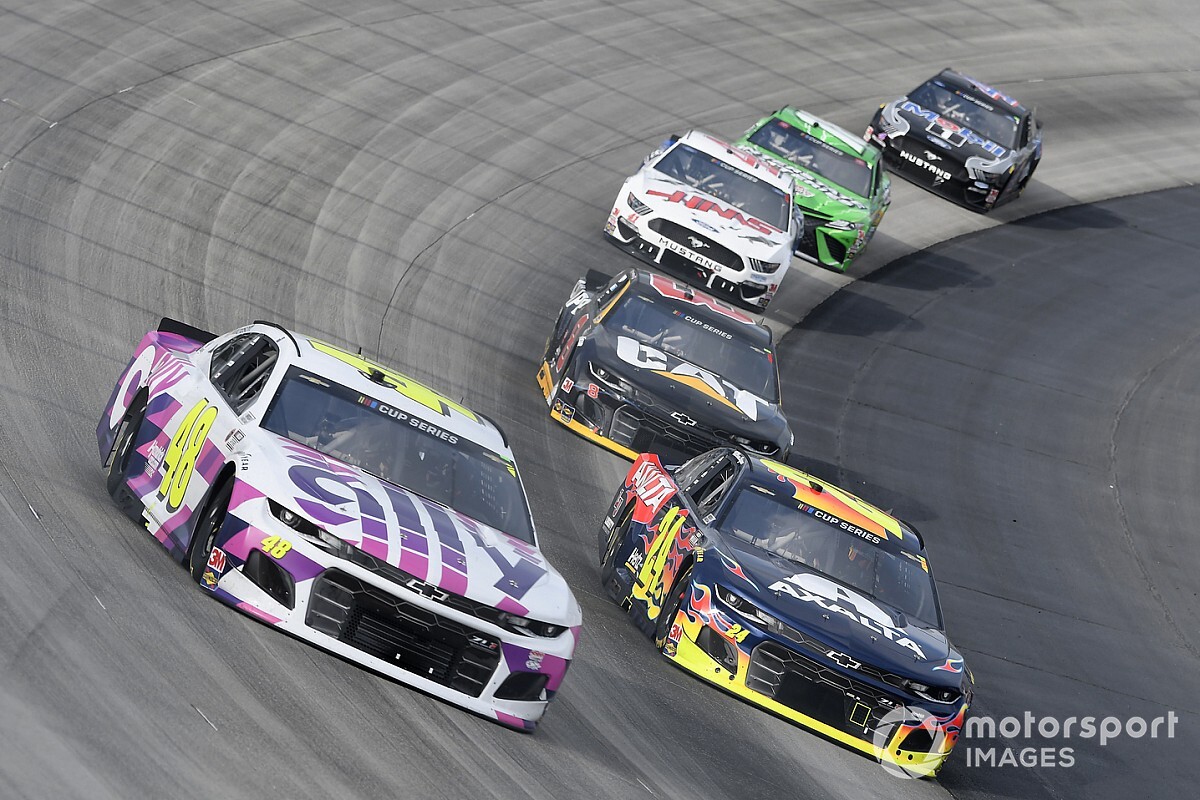 Despite one of his best finishes of the season on Sunday at Dover, Jimmie Johnson will go into the final race to make the Cup Series playoffs on the outside looking in.

A late-race two-tire pit call briefly gave Johnson the lead in Sunday’s second race of a weekend doubleheader at Dover (Del.) International Speedway and he still came away with a third-place finish, his best effort since May.

But after the race, Johnson still sits four points outside the cutoff to make the 16-driver playoff field with only Saturday night’s race at Daytona International Speedway remaining.

A Johnson victory, of course, would lock him into the field in what will be his final fulltime season in NASCAR. He could still make the field on points, but that would require a lot of effort in what is a very unpredictable race.

“It’s still Daytona, and in my opinion, the ‘big one’ or all the wrecks that can happen is really going to determine who makes it into the playoffs,” Johnson said.

“We did the best that we could here over these two days, had two respectable results, closed the gap, but now it’s kind of in luck’s hands or in fate’s hands down in Daytona at the plate rate.”

Not much has gone according to plan in Johnson’s final season.

In mid-March, NASCAR went on a two-month hiatus due to the COVID-19 pandemic and when it restarted its season in May, the race weekends featured no practice or qualifying and only a handful of races have had a small number of fans in attendance.

Johnson even missed a race – the Brickyard 400 – when he tested positive for COVID-19. He returned the next week after two negative tests at least 24 hours apart but it was yet another detour in his final season.

Johnson came to the decision weeks ago that he was not going to alter his plans, so he and his No. 48 Hendrick Motorsports team have tried to do the best they could under the circumstances to give Johnson a chance at a record-breaking eighth series championship.

To do that requires Johnson to be one of the 16 drivers in the playoff field.

“I’ve kind of felt like (Daytona) is going to be the pivotal race for us to make the playoffs or not, especially since I missed the Brickyard 400,” Johnson said. “Maybe someday down the road I’ll look back and think of these last trips to tracks and moments, but I’m just wired a certain way, and I think all competitors are.

“You keep looking forward and you don’t spend much time putting a lot of emotional value into things. I’ve been doing that all year long, and I’m running out of races so I guess at some point it’ll probably hit me.

“But right now, it’s kind of business as usual and just focusing on the job ahead of me.”