Red Bull Formula 1 protege Juri Vips reckons he could have finished as high as 10th on his Super Formula debut had he not stalled on his way out of the pits at Suzuka. 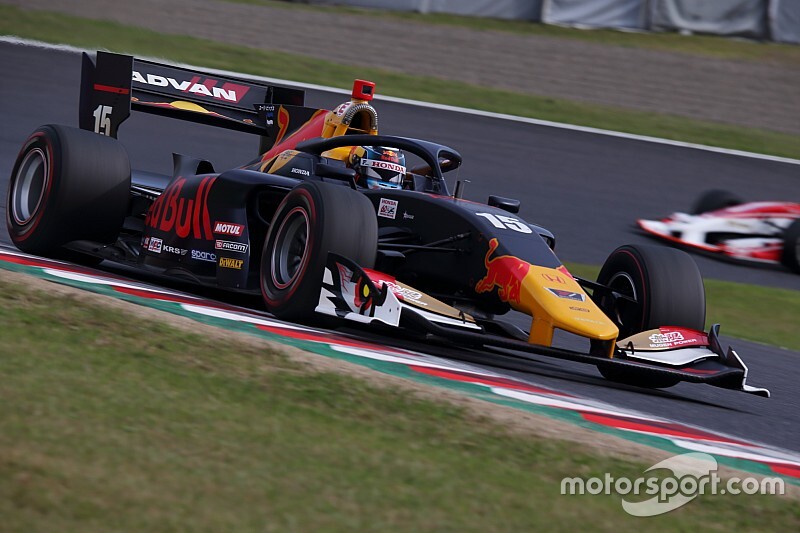 Vips became the third Red Bull-backed driver to be placed at Team Mugen this season after both Dan Ticktum and the Briton’s mid-season replacement Patricio O’Ward both departed the energy drink brand’s young driver scheme.

The Estonian qualified 19th out of 20 drivers but climbed as high as fifth with a long opening stint on soft tyres, before coming into the pits on lap 27 of 43 to change to mediums.

While the pitstop itself went smoothly, the 19-year-old struggled to get the car rolling from his pitbox, losing almost half a minute in the process.

That left Vips languishing in 18th place at the flag, just ahead of the two-stopping Alex Palou and Harrison Newey, who ran out of fuel on the final lap.

Speaking to Motorsport.com after his maiden race weekend in Super Formula, Vips admitted the “stupid” error was down to lack of pitstop practice in the run-up to the race.

“If I wouldn’t have stalled I would have been like P10, or P11, the team said, which would have been quite good,” Vips said. “It was the first pitstop. So very, very stupid mistake to make.

“The hardest bit is the entry and positioning correctly, which I was focused on all weekend. But I never practiced leaving. Just very silly mistake from my side.”

The highlight of Vips’ debut weekend was finishing fourth in the third practice on Sunday, beating eventual champion Nick Cassidy and runner-up Naoki Yamamoto among others.

While Vips was encouraged by the pace he showed, he admitted it counted for little in the race as he struggled to understand the nature of Yokohama tyres that are vastly different to the Pirellis he is accustomed to from his race-winning FIA F3 campaign.

"I was actually quite optimistic because we were really quick in free practice, it seemed, to be on the race pace,” he explained. “But as I found out it was completely different case in the race. I was really, really struggling with the softs.

“I’ve been improving every session. In the morning it looked very promising. But race pace was not so great in the end.”

Asked if he would label his debut weekend a success, Vips said: "Yeah, a success in that I learnt quite a lot. Definitely not results-wise.

“It would have been quite okay if I didn’t stall. But yes, we still made a lot of improvements. It’s not very easy to just come in in the last round of the championship, especially with this car and this track, and not driving in FP1 because it was full wet.

"Performance-wise not a great weekend, but I learned a lot, for sure.”

Vips’ plans for 2020 remain unclear, but a full season in Super Formula appears likely, as Red Bull has preferred to place its proteges in the Japanese series over Formula 2 in recent years.

Red Bull junior Vips to race in Formula 2 next year