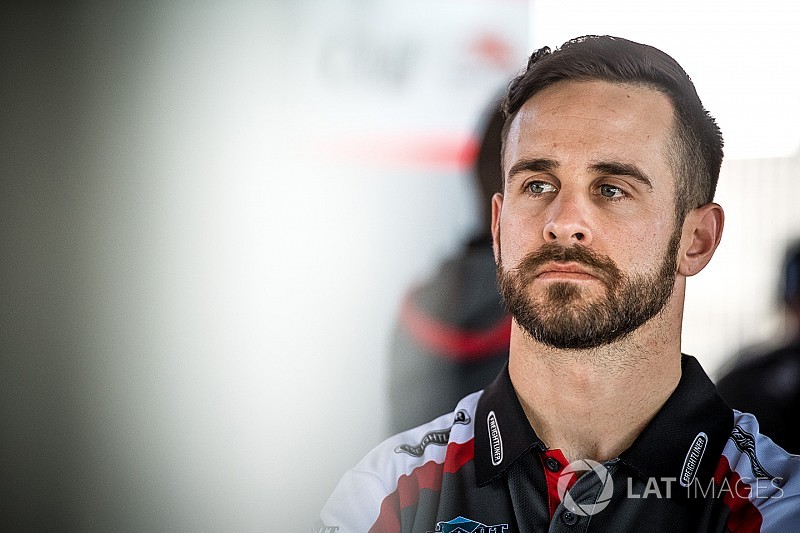 Ash Walsh will not race in Sunday’s Bathurst 1000, having elected to pull out of the Great Race due to the injuries he sustained in a high-speed testing crash last week.

The Brad Jones Racing driver was set to make a remarkable comeback just a week on from a frightening sportscar crash at Phillip Island, after passing the driver extraction test yesterday and completing a few laps in Nick Percat’s Commodore during practice.

However, despite declaring himself fit immediately after those practice laps, he’s now opted to pull the pin on his co-driving duties alongside Tim Slade.

Instead, Andre Heimgartner will partner Slade in the BJR Commodore.

“He had a very bad night last night; he's quite badly injured, or sore more than injured, and he won't be driving the car.

“So we're going to put Andre Heimgartner in the car and roll out the B-plan we've sort of had in place since Ash's accident and move on with that.”

The driver change comes off the back of a difficult start to Bathurst week for the BJR crew, which included an all-night repair on Slade’s Commodore after he crashed it in the first practice session yesterday morning.

“We're sort of running by the seat of our pants at the moment, because you come here with all this strategy, and what you're going to do and a very defined plan,” added Jones.

“The first thing is getting Timmy in the car. Get him out to do a few laps. Hopefully everything runs to perfectly, the guys have done a fantastic job overnight. and then put Andre in and give him as many laps as we can to make him comfortable in the car so he can do his two stints on Sunday.”

The late call-up has come as a surprise to Heimgartner, a former Super Black Racing and LD Motorsport driver who this season has been focusing on a Carrera Cup programme.

“It’s interesting. I just read about it then on Facebook, so we’ll see what happens,” he told Motorsport.com.

“But it’s a good opportunity to race. I didn’t think it was going to happen, so it’s a bit of a surprise.

“I’ve driven a few Touring Cars in New Zealand recently, so it should be alright. I’ve just got to get back in there and get a feel for it, and hopefully I’ll be alright by the time the race comes.

“I’m not prepared the best, but at the end of the day you just need to not crash and go around and around.”