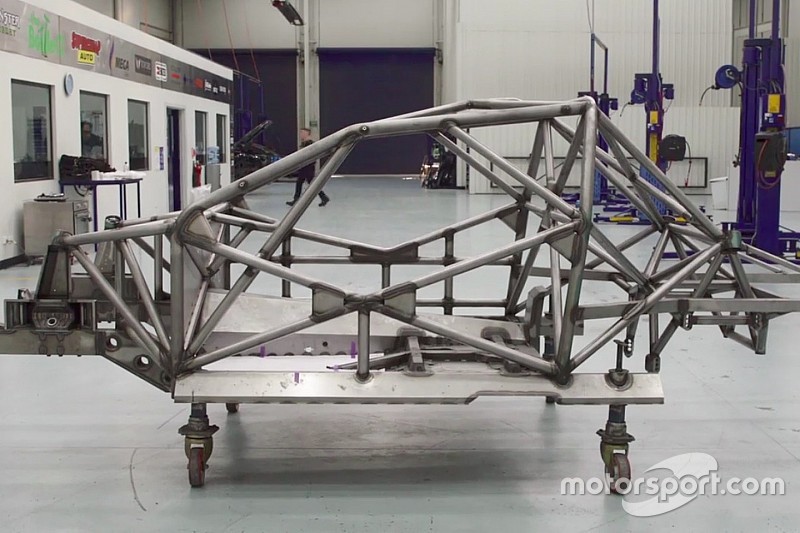 Tickford Racing has its first dedicated Mustang Supercar shell complete and another one in the works, as it prepares to switch from running four Falcons to four Mustangs for the 2019 season.

Tickford is responsible for half of the Fords on the Supercars grid, which means the team has a sizeable job on its hands if its to switch all of its entries from the current FG-X package to the new-for-2019 Mustang before the Adelaide 500 next March.

While the Mustang bodywork is still in development, the Melbourne-based team is well underway in terms of preparing new shells to take the Mustang panels.

There is currently one shell already off the jig, and another currently being prepared. The team won't prepare four new shells between now and the new season though, with two of the current cars – one of which is Cam Waters' car – set to be re-skinned from Falcons to Mustangs.

"The plan at the moment is that we're building some new cars, so we sort of build the roll cage to a point where we can take it off the jig while we still wait for some of that external surfacing to be done," said team boss Tim Edwards.

"There's probably five to six hundred hours in building the shell up to that point, so we've already built one and pulled it off the jig, and we're in the process of building a second one at the moment.

"But we're also going to convert a couple of the current cars. Cam's car was brand new for the start of the season, so that will get re-skinned most likely as a Mustang. That will get stripped back to a bare shell, and then recreated with some Mustang panels on the outside."

According to a recent report on the official Supercars website, the very first complete Mustang Supercar will come from new primary Ford homologator DJR Team Penske.

The team is reportedly preparing what is currently its second spare chassis as a Mustang, to be used during the homologation testing set to be undertaken in December.