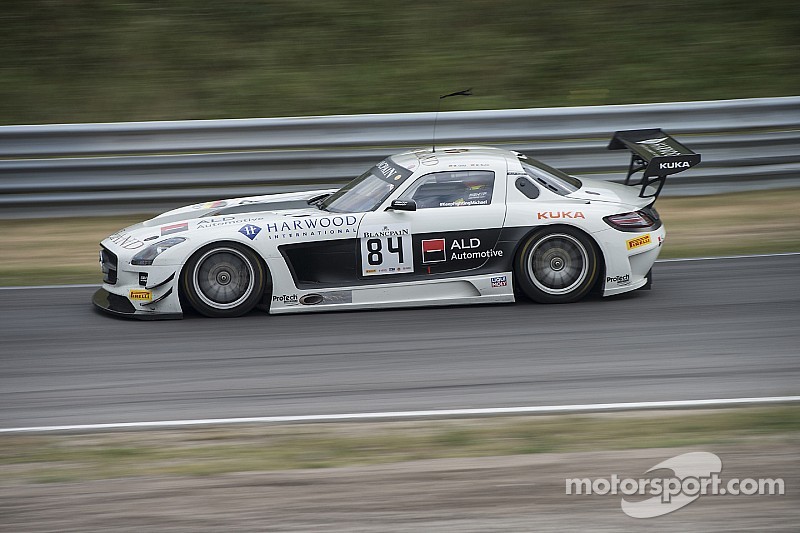 Next weekend the drivers and teams of the 2014 Blancpain Sprint Series will come into action at the Slovakia Ring.

Located 40km east of Bratislava, the Slovak Republic’s capital city, this modern and demanding racetrack was inaugurated in 2009 and has always produced exciting races. With three different teams winning the first three main races of the current season, the upcoming Slovakian round of the Blancpain Sprint Series promises to be an interesting start to the second half of the season.

The winners of the Zandvoort round – Rast and Ide – are in third, but already 33 points behind. However, René Rast seems to be on a roll, because a couple of weeks after winning in the Dutch Dunes, the German also won the highlight of the Blancpain GT Series, the Total 24 Hours of Spa, together with his team-mates Marcus Winkelhock and Laurens Vanthoor.

Both of them are present at the Slovakia Ring as well, representing Phoenix Racing and the Belgian Audi Club Team WRT respectively. Vanthoor’s win in Spa lifted him to second in the Blancpain GT Series driver standings (combining the Endurance and Sprint results), only 13 points behind Maximilian Buhk. In previous years the Audi drivers have always been among the frontrunners at the Slovakia Ring, so count on them to try and close the gap in the standings.

The return of Alex Zanardi

The Slovakia Ring is also the scene of the return of Alex Zanardi. The Olympic Champion had a short hiatus in his Blancpain Sprint Series season – missing Zandvoort due to his handbike obligations – but the Italian is now aiming to improve on his most recent result, which was a fifth in the main race at Brands Hatch.

Pro-Am Trophy and the Silver Cup

In the Pro-Am Trophy, newcomer René Münnich at the wheel of his All-Inkl. Com Münnich Motorsport Mercedes SLS AMG GT3 will do his utmost to challenge the Series regulars, the Austrian Pro-Am winners of Zandvoort, Sascha Halek and Stefan Landmann, and the class winners of Brands Hatch, German Marc Basseng and Italo-Briton Alessandro Latif. This will be All-Inkl.Com Münnich Motorsport’s first GT sprint race since the team won the 2012 FIA GT1 World Championship.

In the Silver Cup, exclusively reserved for pairs of young Silver driver under 25, Vincent Abril and Mateusz Lisowski (Belgian Audi Club Team WRT) have only been beaten once this season, in the qualifying race at Brands Hatch. The French-Polish duo now enjoy a 28-points lead over BMW-duo Stefano Colombo and David Fumanelli, but with 34 points to gain at each Blancpain Sprint Series meeting, that situation could be reversed swiftly. Luca Stolz and Lucas Wolf join the regular Silver Cup drivers for the rest of the season and will share the wheel of the third Mercedes SLS AMG GT3 entered by HTP Motorsport.

The action at the Slovakia Ring starts on Friday, with free practice at 9.30 local time. The qualifying race on Saturday will start at 14.45, Sunday’s main race gets underway at 12.40.