NASCAR heads into the meat of the 2022 Cup Series schedule this week, and with limited practice time, drivers and teams face difficulty preparing their Next Gen cars.

The Next Gen car has only tested once on the 2-mile Auto Club Speedway in Fontana, Calif., and that was a one-car test with William Byron in early March 2020, just before the COVID-19 pandemic brought a three-month halt to the season.

The car itself has gone through numerous changes since then, not to mention Byron was involved in a wreck during the test itself. The Cup Series didn’t race or test at the track last year.

NASCAR’s new practice and qualifying procedures, which begin with Sunday’s race in Fontana, allow only 20 to 30 minutes of on-track practice each week, outside of special events like last weekend’s Daytona 500.

“It’s a big challenge, for sure,” said Bowman, who won the most recent Cup race at Auto Club Speedway, the day before the start of the Next Gen test in 2020. “We’ve never been with this car. We haven’t been there with the higher horsepower, lower downforce package in a couple years.

“So, I’m just trying to know what I need to do to start practice. Basic stuff is a big question mark right now. Hopefully, I adapt to it. I think it’s difficult from the team side, too. You have simulation and all that but until you get there, who really knows?

“Hopefully our stuff is accurate and we’re good when we get there.”

An old and bumpy surface

Fontana’s track surface is one of the oldest in the series, having not been repaved since it was built in 1997, and super-abrasive.

Since NASCAR hasn’t raced on the track since March 2020, the track has been applying resin (particularly entering Turn 1) in place and using tire dragons to help provide grip when cars hit the track on Saturday.

“The biggest thing is we really can’t make changes (in practice). We might have time to make one change,” Bowman said. “So, I just need to get a handle on what we have. You can’t go through a normal agenda through practice or anything like that.

“The schedule is really compact when it comes to on-track time but the guys are there all weekend anyway, so it’s kind of interesting how that played out. We need to figure out first what we can learn.

“The race track is going to change a lot as it rubbers up and kind of need to see the progression in that. When William was there a couple years, the (Next Gen) car was pretty new and it’s changed a lot since then.” 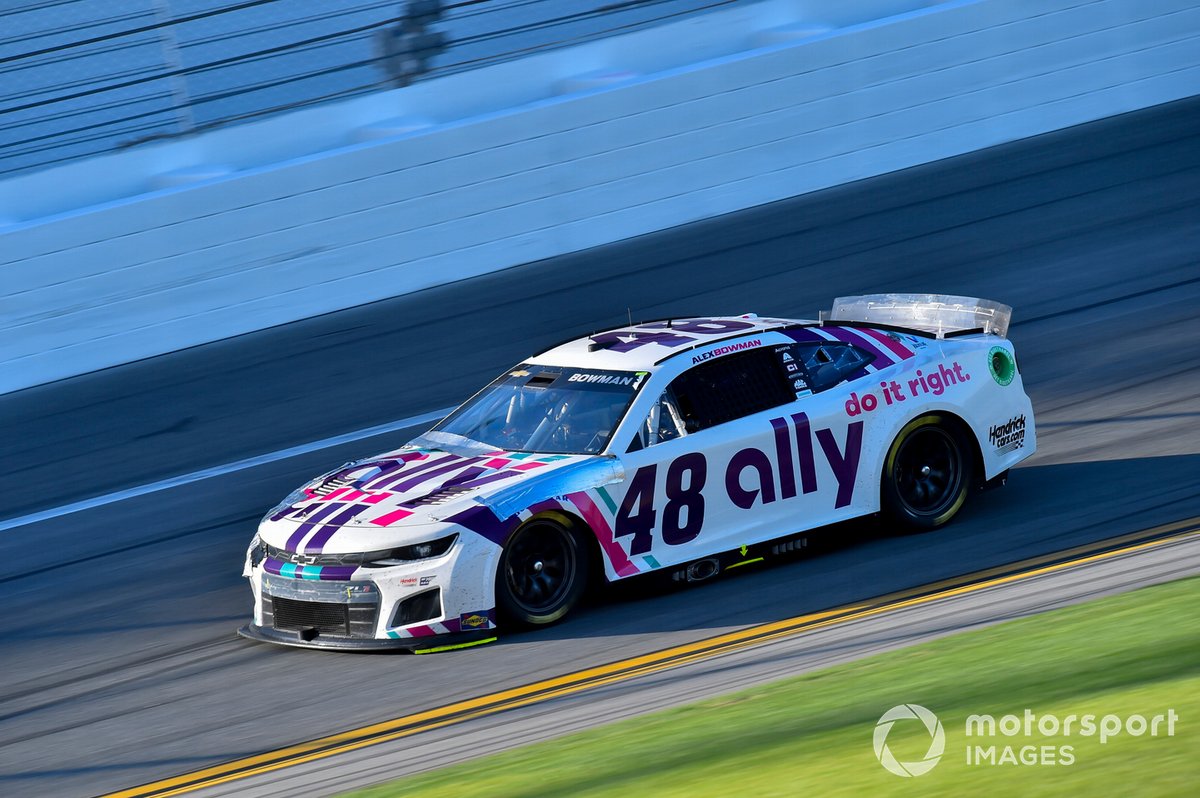 Bowman enjoyed his most successful Cup season to date in 2021, winning four races and finished 14th in the series standings. He got caught up in an accident on Lap 63 in last Sunday’s Daytona 500 and finished 24th.

Bowman, 28, would love a repeat of his win two years ago to kick off a strong start to the 2022 season but trying to base anything off that win is likely unproductive.

“The track is super-rough, super-slick, it has seams all over the place,” he said. “There are so many aspects that are really going to test the car and test how the set-up is.

“I think this race will be a big test on how (the Next Gen car) drives and how we guess at the best set-up and how we stack up at the start of the year. It drives so different than what we’ve had in the past.

“Trying to figure it out quick is going to be tough.”