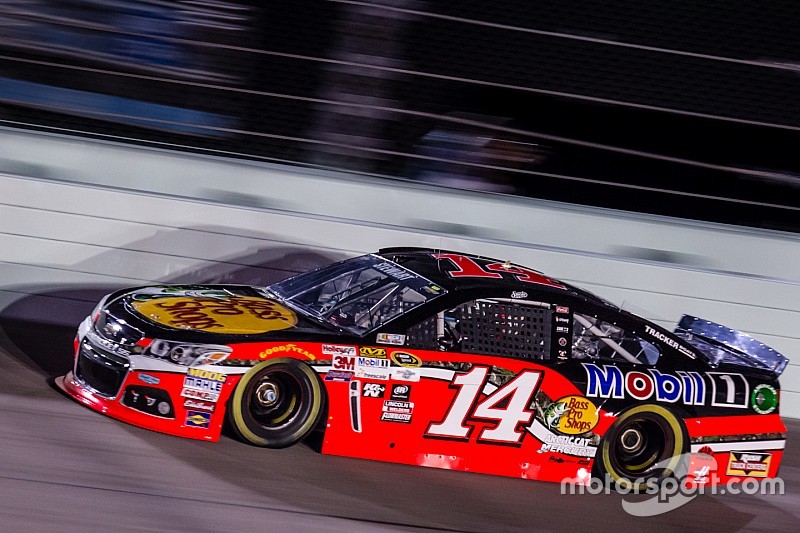 Tony Stewart can anticipate a slow, difficult recovery process but barring complications should eventually be able to return to NASCAR racing.

That’s the opinion of Dr. Paul Fuchs (pronounced FUUKES), an orthopedic spine surgeon with 20 years’ experience who currently works at the Orthopedic Specialists of SW Florida in Fort Myers, Fla.

The recovery from that itself can be three months, but in the end, if there are not any neurological problems, you usually can go back being pretty active

Dr. Fuchs’ opinion is based only on the information that has been provided publicly from Stewart-Haas Racing and media reports from some of those who were in the group with Stewart, when he had an accident Sunday while riding a sand buggy in the Glamis Sand Dunes in the California desert. He did not treat Stewart nor have access to his medical records.

What the injury means

SHR said Stewart suffered a burst fracture of his L1 vertebra, the first vertebra in the lumbar region which bears the weight of the upper body.

“A burst fracture can potentially cause two issues. One issue is just the stability of the spine, if it bursts out, you can imagine an upper part of the spine that’s not broken and a lower part that isn’t broken and now in between there is part that is fractured. So, stability is a big issue,” Fuchs said.

“Sometimes, when it bursts, some of the bone can go back into the spinal canal and that’s when you can develop neurological issues.”

SHR said Stewart had surgery on Wednesday in a Charlotte, N.C.-area hospital. A spokesman for Stewart later clarified the surgery as a “fracture stabilizing surgery.”

There has been no indication from SHR that Stewart has suffered any neurological impairment, which would be good news for his recovery.

“He obviously had a massive amount of trauma for this to happen. The good news is he is moving his feet and moving his legs. If it didn’t affect nerves and it’s mainly an issue of stability, they probably put in some rods and screws during surgery,” Fuchs said.

“The recovery from that itself can be three months, but in the end, if there are not any neurological problems, you usually can go back being pretty active.”

Asked if he thought someone undergoing such a procedure could still compete in a race car if fully recovered, Fuchs said, “Oh, yeah. Could he go back and do it? I think so. A lot depends on how it heals and the extent of the injury.”

Stewart’s history of trauma to his body could also affect his recovery.

He has had several serious racing accidents in his career, including a broken hip, pelvis and collarbone in an accident in 1996 in the IndyCar Series, and a pair of compound fractures in his right leg in 2013 in a sprint car race at an Iowa dirt track.

“There is always going to be some component of pain you’re going to deal with down the road. You will be reminded constantly that you had a fracture,” Fuchs said. “Not really knowing what all they had to do, I would think Tony could get back in a race car.”

No timetable for Stewart’s return was set by SHR and the organization is still in the process of selecting a driver to serve as an interim replacement for Stewart’s No. 14 Sprint Cup Series team.

BK Racing to run fourth car in Daytona 500 with Richardson