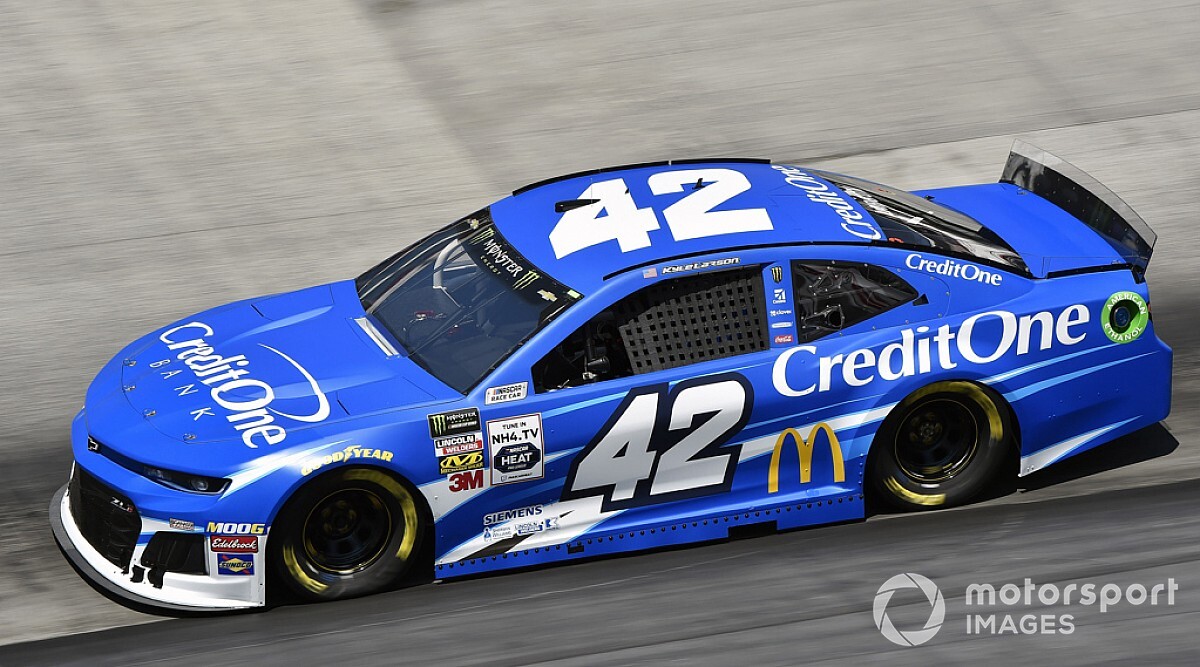 Chip Ganassi Racing has released NASCAR Cup Series driver Kyle Larson following his suspension for the use of a racial slur.

Larson, 27, considered one of the up-and-coming stars of NASCAR’s premier series, experienced a rocket-like fall from grace for his use of a racial slur during the live-stream of a virtual race on Sunday evening.

“After much consideration, Chip Ganassi Racing has determined that it will end its relationship with driver Kyle Larson. As we said before, the comments that Kyle made were both offensive and unacceptable especially given the values of our organization.

“As we continued to evaluate the situation with all the relevant parties, it became obvious that this was the only appropriate course of action to take.”

No immediate replacement for Larson’s No. 42 Chevrolet ride was named.

Team Chevy released an additional statement. “As previously stated, Chevrolet does not tolerate the inappropriate behavior exhibited by Kyle Larson. As a result, Chevrolet is immediately terminating its relationship with Mr. Larson.”

On Monday, reaction came swift from all aspects of Larson’s NASCAR career.

By Monday night, all three of Larson’s primary sponsors on his No. 42 Chevrolet – First Data, McDonald’s and Credit One – had announced they supported Ganassi and NASCAR’s decisions and would no longer sponsor Larson himself going forward.

That basically left Ganassi with sponsors for a Cup ride but one Larson couldn’t fill, which steamrolled into Tuesday’s decision.

The incident began when Larson was competing in an iRacing event Sunday night, called “Monza Madness,” featuring more than 60 entries and put together by fellow drivers Landon Cassill and Garrett Smithley, when he appeared to lose communication on his headset with his spotter during the pre-race practice session.

Larson was broadcasting his participation on his Twitch live stream and during a check of his microphone, he said, “You can't hear me?” That was followed by, “Hey …” and the N-word.

Those also on his channel chimed in, with “Wow” and “Kyle, you’re talking to everyone, bud,” “Yep, we heard that” and “Yikes.”

Larson issued a video apology on his social media channels on Monday afternoon following his suspensions from Ganassi and NASCAR.

Larson, a prolific dirt racer who won the Chili Bowl Nationals for the first time earlier this year, began NASCAR competition in 2012 as part of the sport’s Driver for Diversity program (his mother is Japanese American).

In what was then called the K&N Pro Series East, Larson won two races and the championship in his rookie season. He also made four starts in NASCAR’s Truck Series.

Signed by Ganassi, Larson moved into a fulltime Xfinity Series ride in 2013, made four starts in the Cup series and two more in Trucks.

By 2014, Ganassi had moved the native of Elk Grove, Calif., into the Cup Series fulltime. He won three NASCAR races that year – two in Xfinity and one and in Trucks. His first Cup win came in 2016 at Michigan.

This season was Larson’s last under his current contract with Ganassi. His name had been mentioned for several prominent rides, including Hendrick Motorsports and Stewart-Haas Racing.