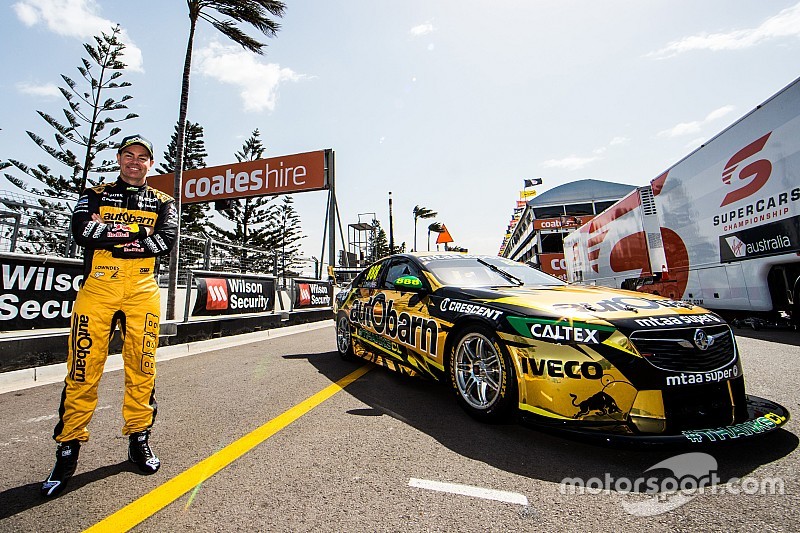 Craig Lowndes will run a special livery for his final Supercars round as a full-timer this weekend, with a gold look aged on the iconic Betta Electrical colours of his early Triple Eight days.

Lowndes ran in the blue-and-yellow Betta colours for the first two years of his time with T8, before the team switched to Vodafone branding in 2007 and then Red Bull backing from 2013 onwards.

To celebrate the veteran's final outing as a full-time Supercars driver this weekend the team has rolled out a golden version of the original Betta look, capped off with branding from current sponsor Autobarn.

According to Lowndes, the unique livery came as a compete surprise.

"I didn't know this was coming," he said. "I know there's been some stories and some theories and conversations. Lara, my wife, she's been disappearing and taking phone calls all over the place.

"There was talk of a gold helmet, we obviously had done that and it was already in the pipeline, we revealed one at Bathurst. When I got given the suit, even just half-an-hour ago, I thought that was something special.

"But then to see the car getting pushed down, I thought 'there's something going on'. It's fantastic. There's a lot of history within the design of the car, I'm really thankful that the team has been able to do it."

Lowndes will scale back to enduro commitments with T8 next season, as well as looking to make one-off appearances in big races overseas such as the 24 Hours of Le Mans.