Nissan on Supercars future: ‘Everything is on the table’ 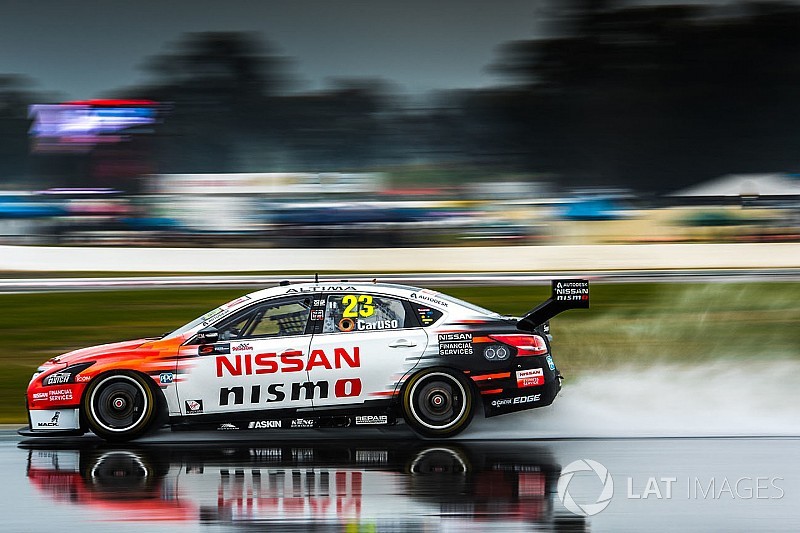 New Nissan Australia boss Stephen Lester says ‘everything is on the table’ as the brand evaluates its future in Supercars.

Nissan is currently in a crucial phase of evaluation in terms of its future as an official Supercars manufacturer, with the clock ticking on its current agreement, which runs until the end of 2018.

The decisions facing the Japanese carmaker start with whether or not to continue in the sport, and if so in what technical configuration.

With the Altima no longer sold in Australia, and Supercars’ Gen2 regulations allowing non-V8 engines into the category, a continuation of the programme beyond next season would almost certainly involve a change in bodyshape and power plant.

There is also the matter of how Nissan might distribute its funding, with part of the evaluation including Kelly Racing’s ongoing role of facilitators of the Nissan Motorsport programme – particularly as wins have been few and far between in the four-and-a-half years it’s been running.

According to Lester, who recently arrived from his native Canada to take up the top job at Nissan Australia, the evaluation of the programme is wide-reaching.

“I would say that everything is on the table at the moment,” he said.

“We’re not being closed minded to what the possibilities would entail.

“Would we like to be on the podium and on top of the podium more often? Of course, so would everybody.

“There are three partners in this. There’s ourselves, the Kelly brothers which we’re currently engaged with obviously, and Supercars. And really a fourth sort of appendage which is then the global relationship [within Nissan].

“So we have to come to the table, all of us as a group, and I would say that the organisation’s not going to be ready without senior leadership sign off, or they’ll sign off at global to say that we commit or we don’t commit on where the other brand is at this present time.

“That’s our responsibility and we need to make sure that that rolls up to global.”

No timeline on decision

While Lester’s predecessor Richard Emery said back in July that it was already a ‘critical point’ in terms of Nissan needing to make a call on 2019, the process has been slowed by the change of management.

While Lester has been on the ground at the last two Supercars rounds, he’s still only five weeks in the job at Nissan – and says he still has a lot to learn about the programme.

“I would hate to speculate on timing. The fact is I’m new here, five weeks sitting around, we need to do a complete evaluation of the programme and then talk to global about also what the tie in and ladder up is to the global operation,” added Lester.

“And then make a decision based on that, what’s going to be best for our market here for Nissan Australia.

“I think we will do our due diligence and go through that process in a pragmatic way and not rush into that. If that means making a decision that is perceived at the last minute, then I’m confident that whatever that decision will be based on good, pragmatic, solid facts, foundation, analysis versus any short term [decision].”