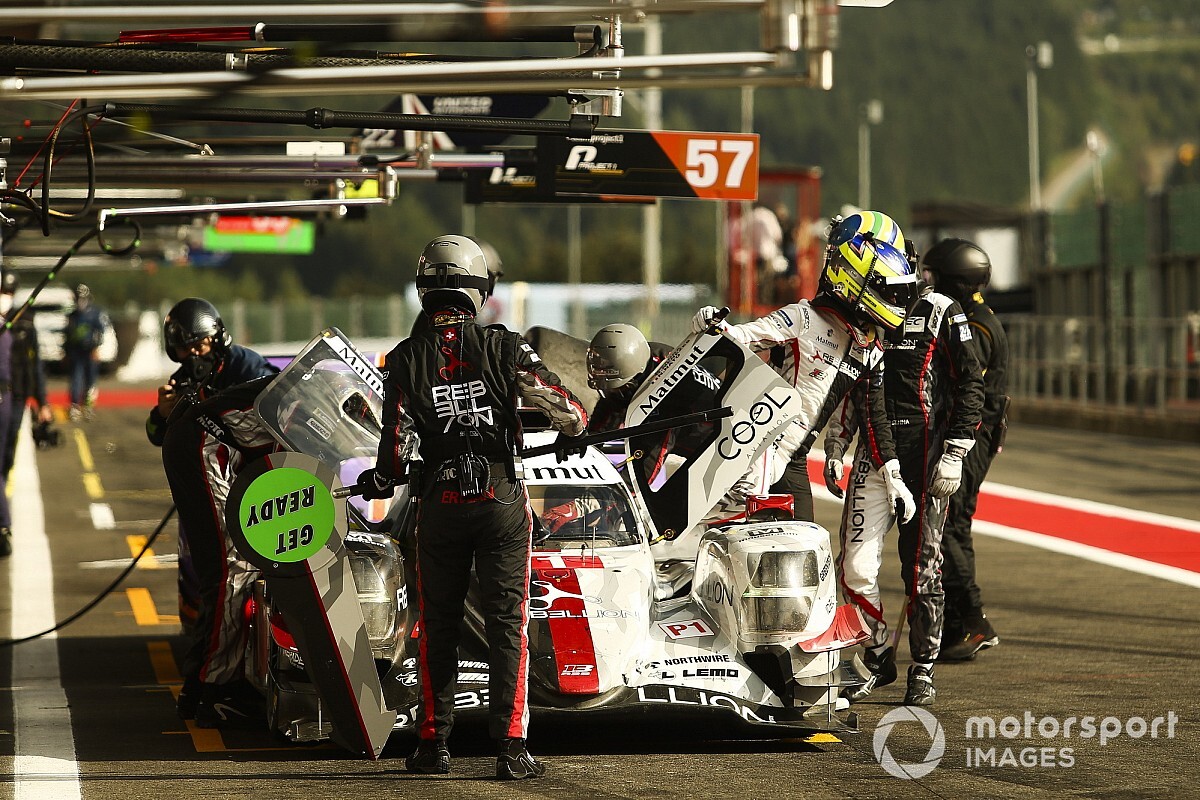 Rebellion Racing maintained its stranglehold on the top of the timesheets in a shortened final practice session for this weekend's Spa World Endurance Championship round.

Gustavo Menezes sat at the top of the classification with the fastest time of the event so far in the solo Rebellion R-13 when the red flags came out halfway through the one-hour session.

A drain cover had detached itself from the kerbing at Turn 14, and after efforts to effect a quick fix the session was called off with just over 10 minutes left on the clock.

Menezes eclipsed his second session best with a 2m00.035s at the start of FP3 and then dipped under the two-minute barrier with a 1m59.605s on his next lap.

That put the Rebellion, which is running in high-downforce specification at Spa, four tenths up on the two Toyota TS050 Hybrids, which were separated by three hundredths in second and third positions.

Mike Conway and Kazuki Nakajima both undertook qualification simulations right at the start of the session in their low-downforce Toyotas, the Briton coming out on top with a 2m00.043s.

Nakajima ended up just behind on a 2m00.089s after his first flying lap and then failed to improve after staying out.

The ByKolles ENSO CLM P1/01 brought up the rear of the four-car LMP1 class with Tom Dillmann's 2m02.089s, an improvement of nearly 1.5s over its previous best.

Racing Team Nederland ended up fastest in LMP2 with a 2m03.170s from Giedo van der Garde aboard its TDS Racing-run Oreca.

Paul di Resta was nearly half a second behind in the United Autosports entry, while Nicolas Lapierre took third for Cool Racing in a clean sweep of the top three for Michelin-shod Orecas.

Top Goodyear runner was the JOTA Sport Oreca in which Anthony Davidson ended up over two seconds off the pace.

Michael Christensen ended up fastest in GTE Pro by nearly a second in his factory Porsche 911 RSR-19. The Dane posted a 2m14.558s, which was just over a tenth quicker than Maxime Martin's class best for Aston Martin in second free practice.

Alessandro Pier Guidi was second-fastest in the final session with a 2m15.539s aboard his AF Corse Ferrari 488 GTE, which put him six tenths up on teammate Davide Rigon in third.

Gianmaria Bruni took fourth in the second factory Porsche ahead of the two Aston Martin Vantage GTEs, the slower of which was outpaced by Nicklas Nielsen in the GTE Am class-topping AF Corse Ferrari.