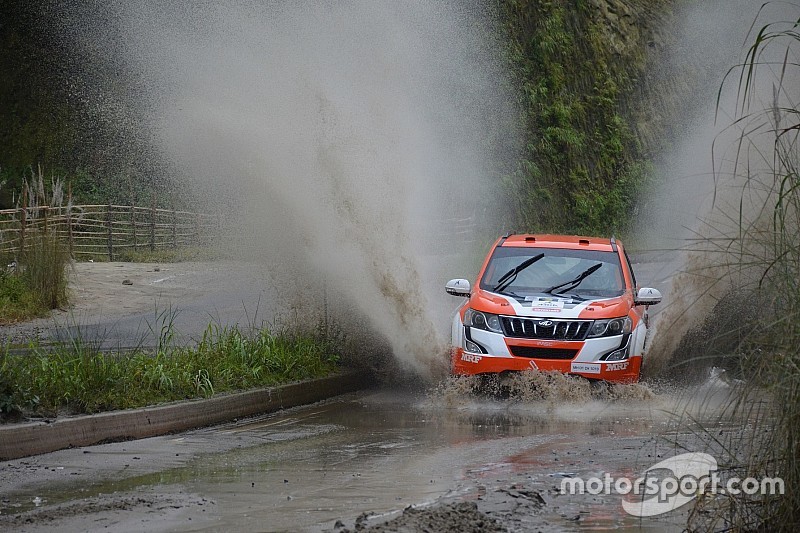 Gaurav Gill built a sizeable gap on the opening day of Rally of Arunachal, as Phalguna Urs denied Mahindra Adventure a 1-2 finish.

Gill, who leads the Indian National Rally Championship (INRC) standings after back-to-back wins in Chennai and Coimbatore, topped three of the day’s four tarmac stages, only ceding ground in stage 2 due to a puncture.

He ended the day at the top of the timesheets in his factory-prepared Mahindra Super XUV500, 1m31.8s clear of Urs.

“The first stage went off very well. We, however, hit a stone in Stage 2 and picked up a puncture,” he said. “We still managed to finish in decent time, which helped us stay in the lead.”

Urs finished on the heels of Gill in the first stage and put on some impressive times through the rest of the day as well to finish second overall and the highest among INRC2 runners.

The Snap Racing driver, who was driving a customer Volkswagen Polo, edged Amittrajit Ghosh by 10 seconds after the Mahindra driver ran into power issues in the very first stage.

But Ghosh recovered from the setback to top the second stage and end the day 1m41.8s behind standings leader Gill.

“Our car had power issues during Stage 1 and we fell back to the ninth place,” he said. “By the end of the day, we have climbed to third.

“Our goal now is to focus on the second position. First is not within reach as we are quite far behind in terms of speed.”

Further back, Rahul Kanthraj was classified fifth in the overall timesheets, driving a Mitsubishi-branded car for Arka Motorsports.

Dean Mascarenas was next up in sixth after setting the second fastest overall time in stage 4. Mascarenas, like Kabeer, was driving a Volkswagen Polo.